Change and development have been unique at all levels and aspects in Abu Dhabi Police. The historical stages through which Abu Dhabi Police had passed for more than 50 years since its establishment (in 1957), are the harvest of the effort and vigilance of loyal leaders and great figures of police personnel.

His Highness Sheikh Khalifa bin Zayed Al Nahyan, President of the UAE, said in his praise of them: "The security and tranquility of our country are the fruit of the efforts of those loyal men, who fulfill their responsibilities and carry out their missions sincerely, day and night, towards their country, their citizens, and towards all those residing in this country. The Police has always lived up to our expectations, as we all realize the great role they play in the face of the radical changes and rapid development the country is undergoing". 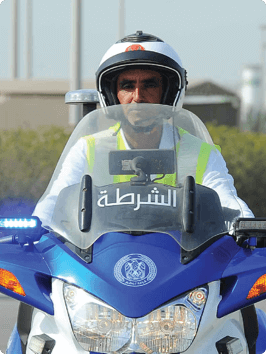 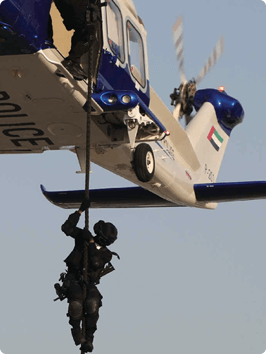 Since its inception, Abu Dhabi Police GHQ has been keen to implement the late Sheikh Zayed bin Sultan Al Nahyan's statement: "The police is the cornerstone of the stability of the country's security and the spread of peace among its people".

Abu Dhabi Police was established with the task of only guarding the Ruler's palace, the government house, the market and the banks and with a force of no more than 80 policemen, four Land Rover cars only and a modest budget.

The number of police personnel reached 250, and it was called (Police Department). The staff was divided into two types; Policemen (with the duty of guarding the palace, government house, markets, banks, patrols, etc.) and the Matarzi (whose task is to protect the Ruler during all his movements). Towards the end of the 1950's, several Stations were affiliated to the Police Department such as Tarif Station in the Western Region, Al Maqta' Station within Abu Dhabi Island and the Al Maraba Station in Al Ain.